Follow me on Amazon for a chance to win a paperback copy of Blind Sight!

Posted by Pamela Moran on Saturday, 14 February 2015 in Randomness.... 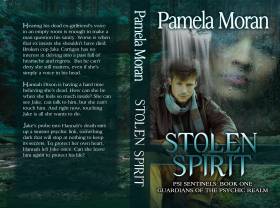 Over on Amazon, five paperback copies of Stolen Spirit are up for grabs - free book/free shipping (US only) - chance ends Feb.17th or when all five are given away, whichever is first.

Posted by Pamela Moran on Thursday, 27 November 2014 in Photographic Contemplation 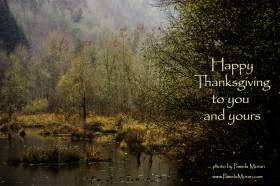 Early December, several years ago, I headed up north to visit two good friends who'd moved to the Portland area within a few months of each other. On a drizzly, chilly day the three of us decided to take a drive along a few back-roads, heading towards the coast, mostly just to see what we would see. With my camera never far away, this is one of the images I captured.

That trip was also the inspiration for the town of Eagle Crest, Jake and Rily Carrigan's hometown, where most of STOLEN SPIRIT and BLIND SIGHT take place.

Hope you have a wonderful Thanksgiving, spent with family and friends you hold dear.