Warning: count(): Parameter must be an array or an object that implements Countable in /home/chrisscheibe/public_html/libraries/joomla/application/application.php on line 481
 Darkwater Guardians - EasyBlog

This is some blog description about this site

Follow me on Amazon for a chance to win a paperback copy of Gavin's Woman! 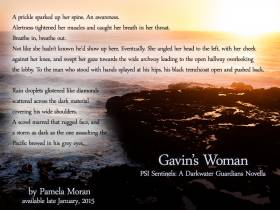